Add this page to your book
Book Creator

Remove this page from your book

I set up Experimental Radio when in 1999 I was appointed to Bauhaus-University and moved to Weimar, Thuringia. With my research and artistic practice I achieved the artistic tool Radio Station.

In 2007 the Experimental Radio was adapted to conventional German radio. Current address

Studio B11 was the first title of the Experimental Radio program at Bauhaus-University. The studio for that program was located in the Faculty of Media headquarters, called B11 after its street address Bauhausstr. 11. 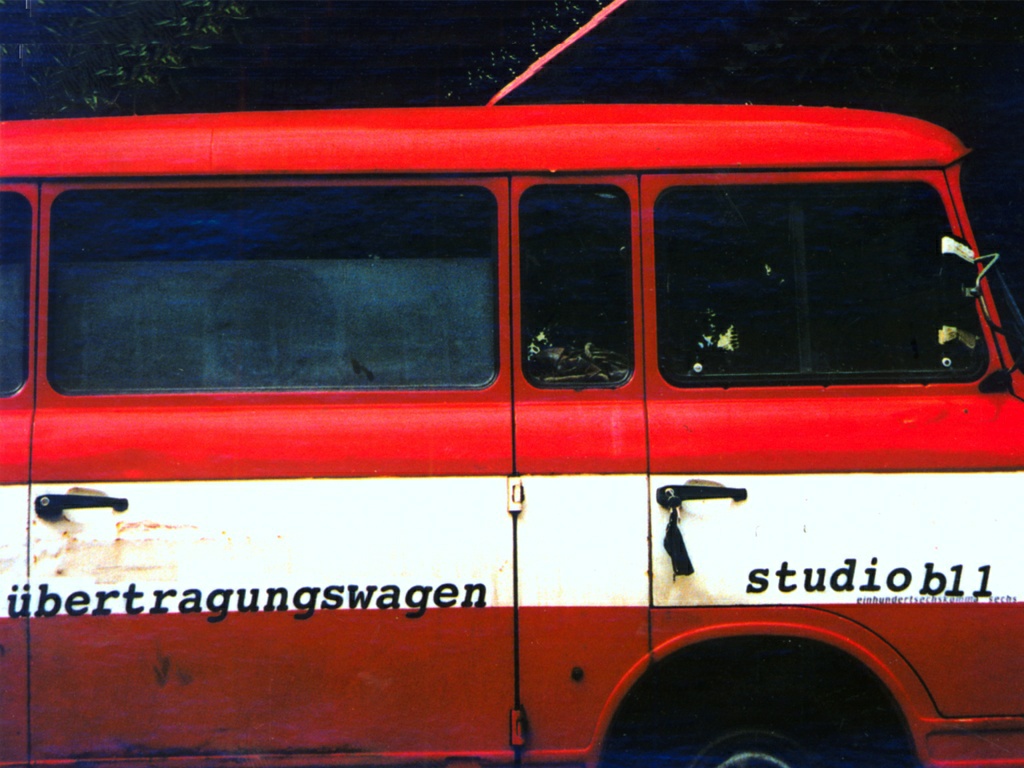 radiostudio.org was a collaborative platform for radio art and radio related netart and activism. 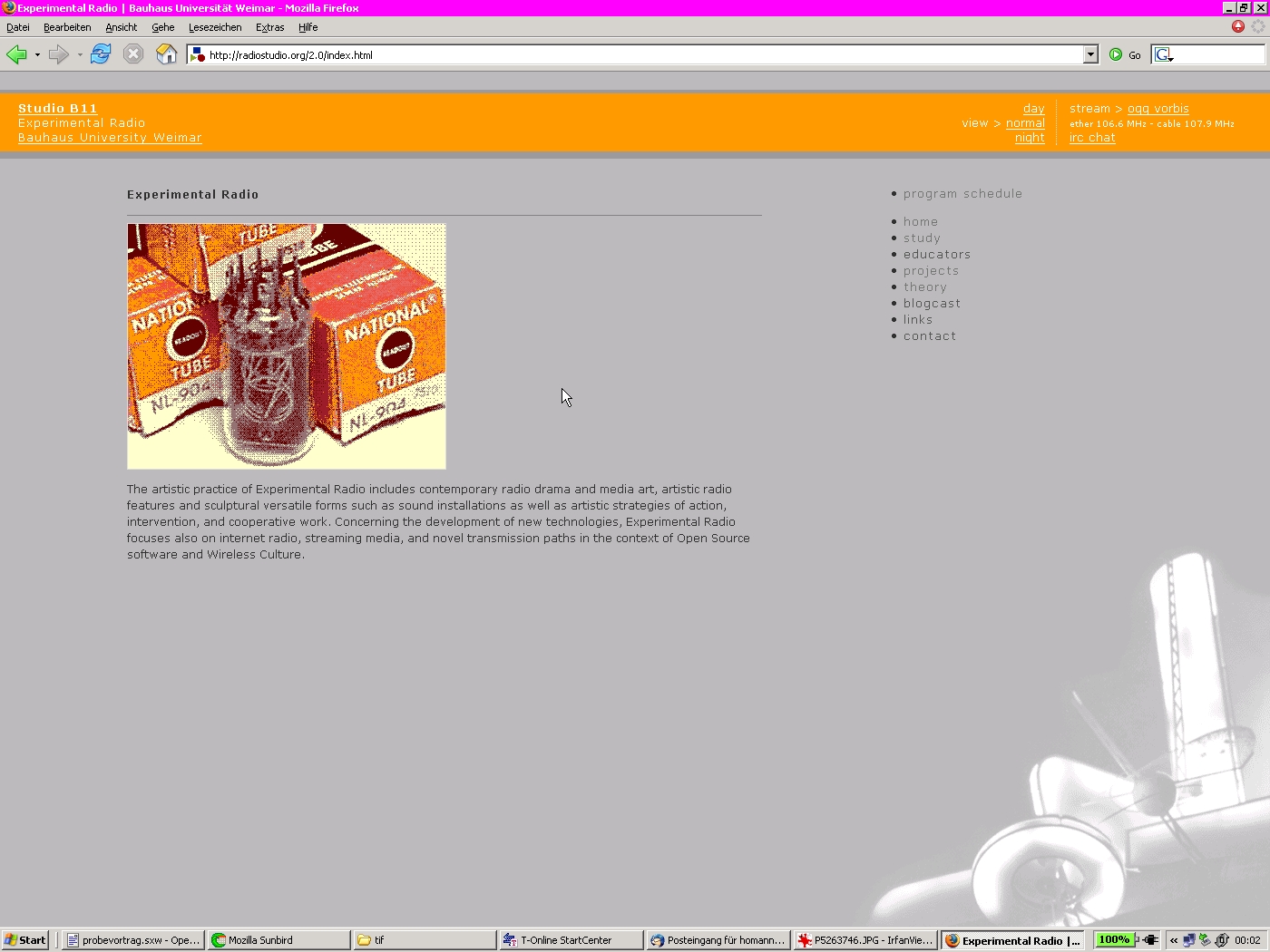 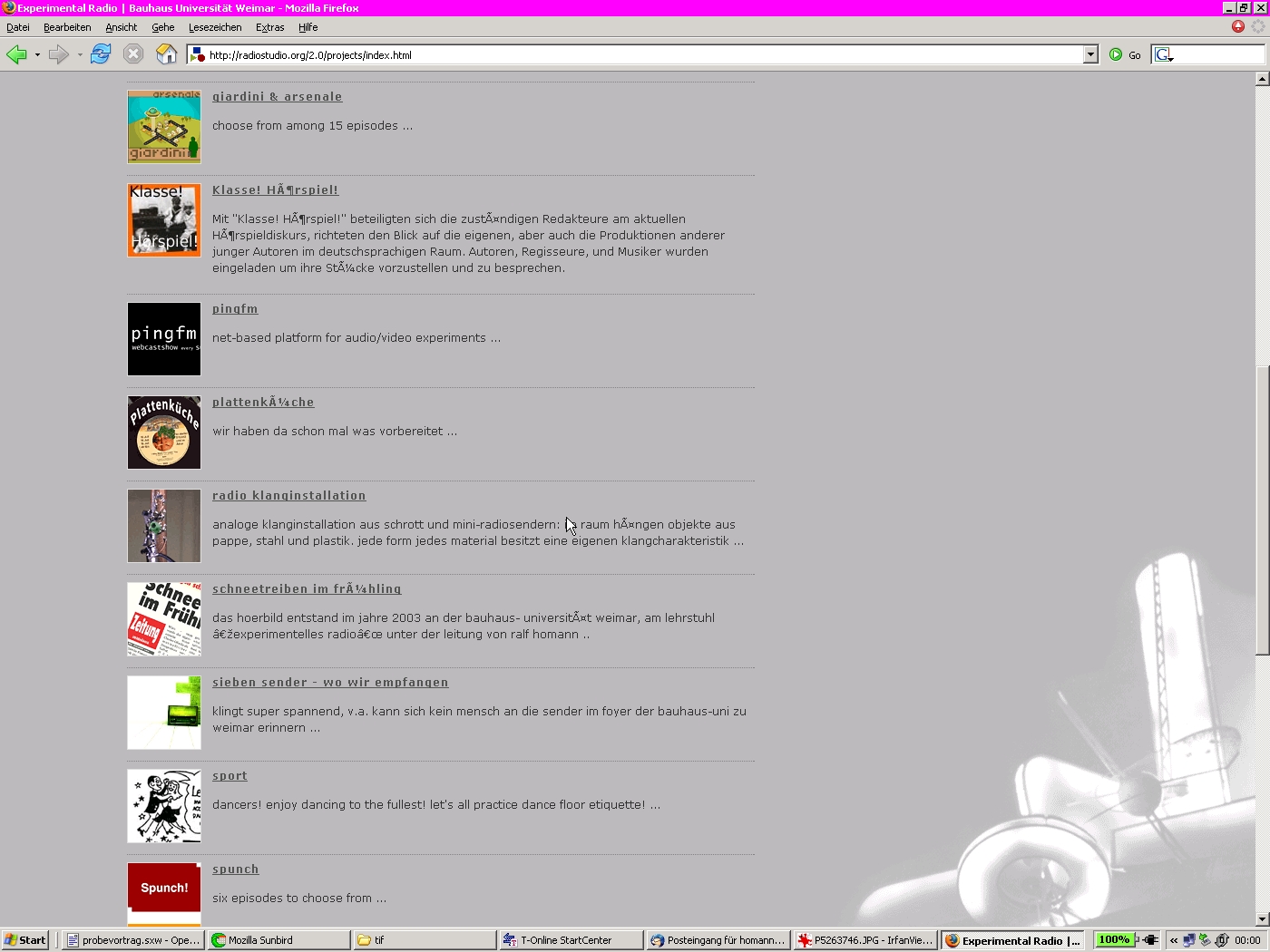 As a brief documentary may operate archived platform radiostudio.org

See also the draft which may achieve a feasible radiostudio.org follow-up. 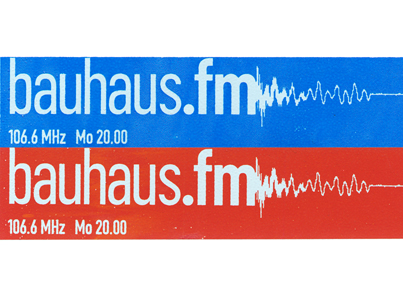 Lecturers (from the scratch)

To arrange the new area at Bauhaus-University, I started and fostered cooperations with artists, theorists, journalists and practitioners in the area of radio, art, music/sound and digital media:

Except where otherwise noted, content on this wiki is licensed under the following license: CC Attribution-Noncommercial-Share Alike 4.0 International